KROOS ON WHY MADRID LOST TITLE

Real Madrid midfielder Toni Kroos believes that the controversial moment in the match with Sevilla at the Estadio Alfredo Di Stefano cost his team the La Liga title. 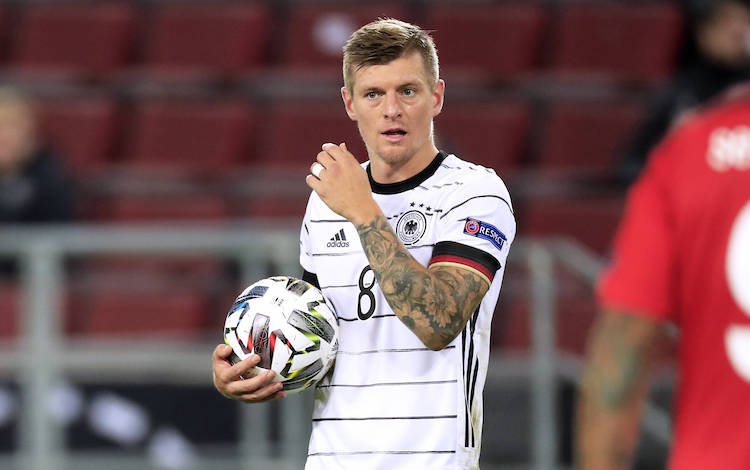 Toni Kroos talked about the Sevilla game on the Einfach Mal Luppen podcast. According to him, Real Madrid should have won two extra points from the game that ended in a 2-2 draw and that the two points would have secured the league title for Real Madrid ahead of city rivals Atletico Madrid.

Real Madrid were awarded a penalty after Karim Benzema was brought down in the box before VAR picked out an handball decision against Madrid defender Eder Militao moments before the penalty decision involving Benzema. Sevilla midfielder Ivan Rakitic stepped up to tuck away the resulting penalty to edge Sevilla 2-1 ahead.

Eden Hazard scored the equaliser for Real Madrid on the stroke of full-time as the two teams settled for a 2-2 draw but Toni Kroos is adamant that his team deserved more from the game. At the time of the game, both Real Madrid and Sevilla were still in contention for the league title.

If the decision had gone the way of Real Madrid, they would have finished on the same points with Atletico Madrid thereby ending with the league title due to their better head-to-head record.