Toni Kroos Signs the Extension for the Madrid Contract Till 2023

Toni Kroos, who is the midfielder of Real Madrid, has extended his contract with the club up until the month of June 2023, ending all the speculations over the international future of Germany at the Bernabeu. Toni, who is currently 29 years old joined Real for a whopping price of €25 million in 2014 in the month of July and thereafter he has won 12 trophies including 3 Champions League and 1 title of La Liga in his 1st 4 seasons played in Spain. 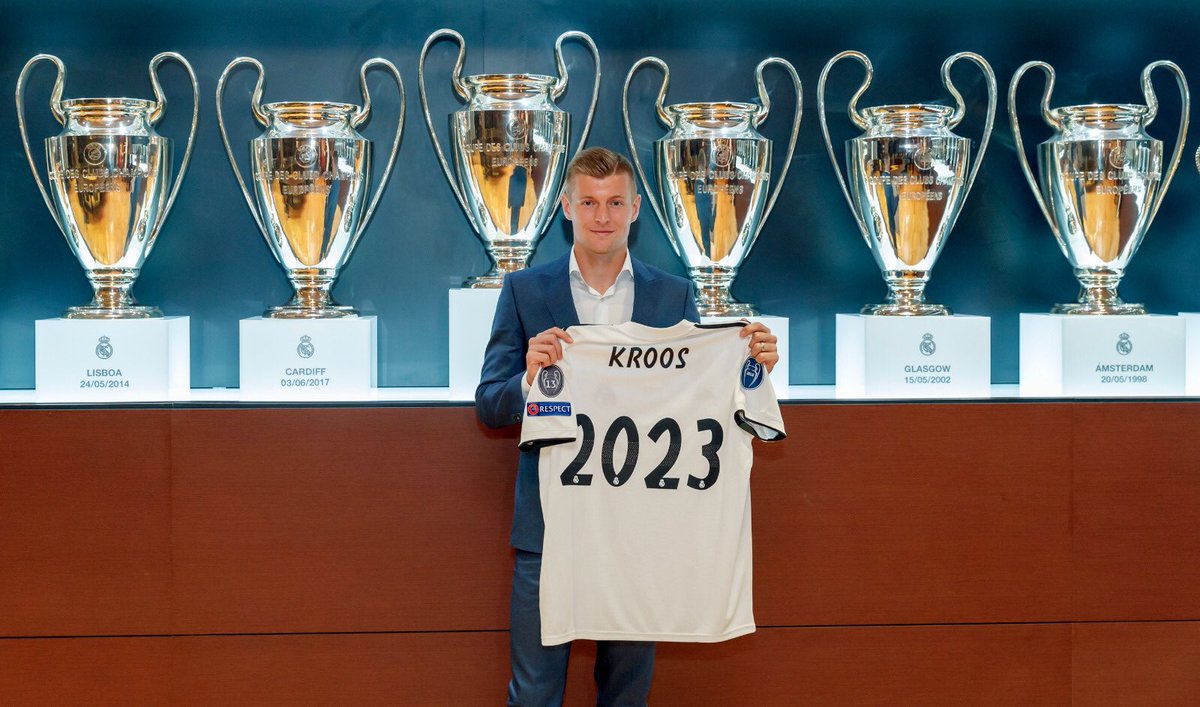 “Toni Kroos & Real Madrid has unanimously agreed to the extension of the said contract, as per the terms of the extension he will have to be in the club until 30 June 2023,” a statement by Madrid read. Like many other teammates, the former man from Munich also struggled during a terrible campaign in 2018-19, and as a result, he was not the same automatic starter at Bernabeu – as per some reports he was all set to depart. “I never wanted to leave, he said.” My head always wanted to stay here.

“I just wanted to change these situations, to be winning, to be happier. But I never had an idea of leaving here. The opinion of the club was also the same as they wanted me to stay. I am more than happy when we win matches, but currently, I want to improve my game again together with other teammates. And I am pretty sure that we will do this.” Toni added: “Many a time I have said, like at the Ajax that I wasn’t playing at my best. I don’t have any problem to say that.

“I also want to improve my game, on a regular basis. Before 4 years I played very consistently and I was at my best, this year is not the same, however, I have seen worse things than this. But, still I am the same player, and with 3 to 4 years at the top and that is for sure.”