Real Madrid superstar Cristiano Ronaldo has been crowned the best player in Europe by the apex football body of the continent – UEFA. 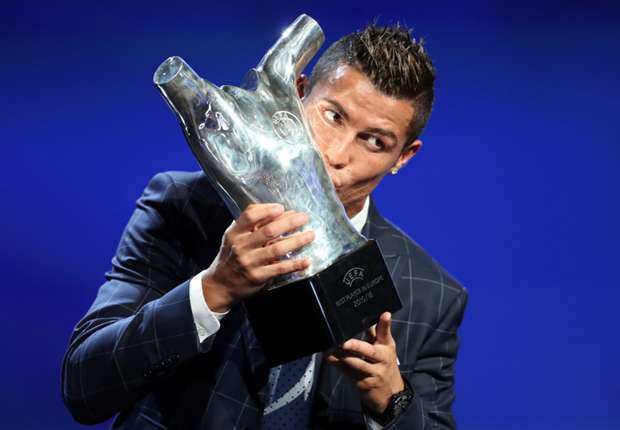 The Portugal international has had a phenomenal year, for club and country. UEFA presented the former Manchester United star with the award when in Monaco, at the award presentation ceremony. This is the second time he would be picking up the award.

The two main reasons why he beat the rest of the shortlisted players is believed to be his Champions League and Euro 2016 wins for club and country. He helped Real Madrid go top with an unprecedented eleven Champions League trophy. He was a great leader for Portugal, helping them to a surprise scoop of the Euro 2016, defeating the hosts – France, in the final.

UEFA made the draws for the group stage of the Champions League, before proceeding with the award ceremony. The other players that made the top three shortlist are Gareth Bale (Real Madrid and Wales) and Antoine Griezmann (Atletico Madrid and France). The award was chosen after journalists from the 55 member associations selected their top five players for the year. Ronaldo was picked out as top, Bale as runner-up and the French international as the third best in the continent.

“It is a great honour and thanks to the journalists for voting for me,” Ronaldo said. He hinted that winning the Champions League this time wasn’t as special, having won it three times now, but the surprise win of the Euro 2016 “was the highlight of my [his] career.”