Real Madrid midfielder Toni Kroos is eagerly awaiting the Champions League first knockout stage tie with French giants Paris Saint Germain (PSG) after the two teams were drawn together at the end of the round of 16 draw which took place on Monday. 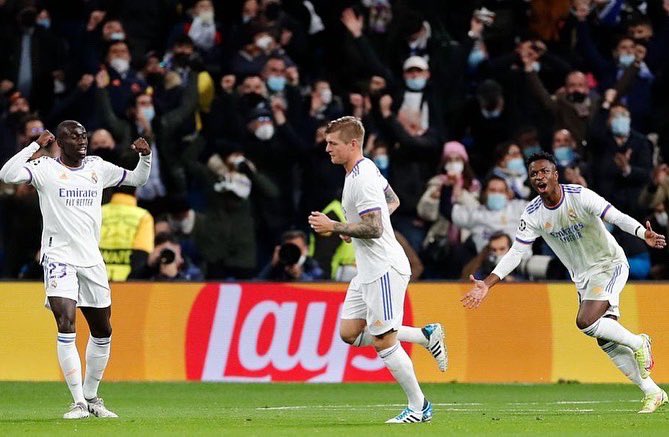 According to the quotes attributed to him by Spanish media outlet Cadena COPE, Toni Kroos admitted that they got the toughest opponent possible from five options, but Champions League knockout stage tie like the one against PSG is what him and his teammates want to be involved in.

Toni Kroos and his Real Madrid teammates will face their nemesis in Lionel Messi who has a very good record against the Spanish La Liga leaders. He scored 25 goals in 35 games against Real Madrid in the colours of arch rivals Barcelona before he left the club to join French giants PSG on a free transfer this summer. In addition to Messi, Real Madrid will also face the other attacking talents in PSG team such as Neymar, Kylian Mbappe and Angel Di Maria.

Ahead of the start of the first knockout stage tie between Real Madrid and PSG in February, Real Madrid are the Spanish La Liga leaders, while PSG are also the pacesetters in the French Ligue 1. Real Madrid finished at the top of Group D in the Champions League this season with 15 points from six games and five points more than Inter Milan in second place.

Toni Kroos and Real Madrid will also welcome Sergio Ramos back to the club after the immediate former skipper left the club to sign for PSG on a free transfer.