Retired German international Toni Kroos was given a spot in the starting XI during the UEFA Super Cup clash between Spanish side Real Madrid and Eintracht Frankfurt from the German Bundesliga. Toni Kroos is a regular in the Real Madrid XI and he has enjoyed that status for the best part of the last one decade. He has formed a potent Real Madrid midfield trio with Luka Modric and Casemiro over the years. Toni Kroos played 85 minutes of the Super Cup before being subbed off for new signing AurelienTchouameni. 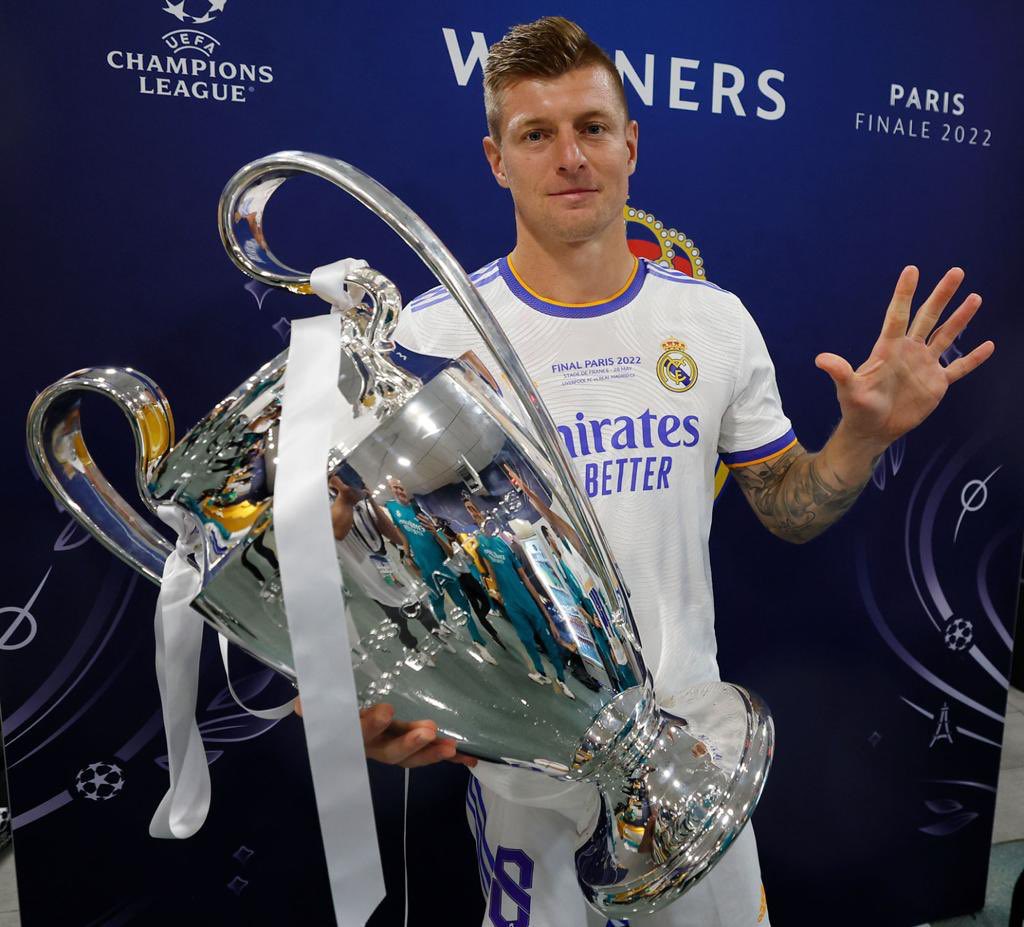 The UEFA Super Cup is contested between the Champions League winners and the Europa League winners. Real Madrid won the Champions League last season by beating Premier League side Liverpool 1-0 in the final thanks to the second half strike from Vinicius Junior, while Eintracht Frankfurt beat Scottish side Rangers on penalties to win the Europa League last season after the two teams scored one goal each at the end of extra time.

For the Super Cup held in Helsinki, Finland on Wednesday night, Real Madrid showed their class thanks to a straightforward 2-0 victory. Austrian international David Alaba scored the opener with eight minutes remaining to ensure that the reigning La Liga champions went into the break with an advantage. His goal arrived off the assist from aforementioned Brazilian star Casemiro. Real Madrid sealed the win with the second goal thanks to star player Karim Benzema off the assist from fellow attacker Vinicius Junior.