Real Madrid shot stopper Thibaut Courtois didn’t hold back in his assessment of the Champions League last 16 first leg clash with hosts Paris Saint Germain (PSG) on Tuesday. After the game, Courtois spoke to RMC Sport as he bemoaned the stupid pass from experienced German midfielder Toni Kroosin the build-up to the winning goal from PSG in stoppage time. 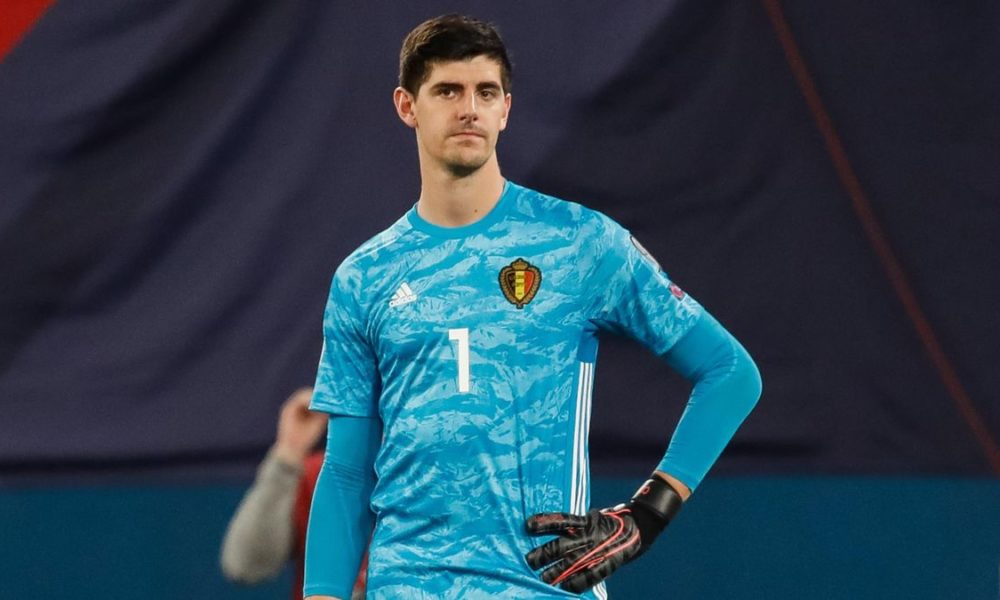 Courtois didn’t mention Toni Kroos during his interview, but he talked about his wayward pass just before Frenchman KylianMbappe produced a world-class moment to seal the win for his team. Mbappe received a pass from Brazilian substitute Neymar via a backheel before he bamboozled Eder Militao and Real Madrid substitute Lucas Vazquez on the way to finding the back of the net.

Real Madrid were very fortunate to leave Paris with a one-goal deficit ahead of the second leg in Madrid around two weeks time after they were dominated by their hosts especially in midfield as the likes of Toni Kroos, Luka Modric and Casemiro had no answers. The Spanish La Liga leaders had Courtois to thank for keeping the scorelinelow. He had a second half penalty saved from PSG superstar Lionel Messi after Mbappe was fouled in the box by Real Madrid right-back Dani Carvajal. Courtois would be hoping that him and his Real Madrid teammates can turn the tie around during the second leg on March 9.

On Mbappe, Courtois said he denied him on some occasions, but the ex-AS Monaco attacker was unstoppable when he found the net in the fourth minute of stoppage time. He has been the star man in a PSG team filled with numerous world-class talents. His winner against the 13-time European champions was his 22nd goal in all competitions this season. In addition, he has 13 assists. The French player has the most goals and assists at PSG this season.